Childhood is an important period of brain maturation, involving the shaping of cognitive function and resilience across the lifespan. Key risk factors, barriers to change and nutrition and lifestyle strategies are explored below with relation to childhood and brain health .

Risk Factors and Barriers to Change

Malnutrition amongst children, including those in the 4-11 age category, is a world wide issue. This encompasses two types of undernutrition: those in developing nations, where food scarcity has led to malnutrition and adverse health outcomes; and prevalence of obesity in developed nations, where abundance of high sugar, salt and fat processed foods at low prices, has led to increased incidences of weight gain, reduced consumption of vegetables, fruit and other wholefoods, and therefore increased vitamin and mineral deficiency.

In the UK, due to rising inflation, food and energy costs, the ability to access healthy foods has become harder and less achievable, particularly for families earning the lowest incomes. Reports have suggested that  for families in the bottom 10% of household income, follow healthy eating guidance would require them to spend 74% of their income on food. Due to affordability and ease of preparation, many children’s diets are high in ‘ultra-processed’ foods, which have been characterised as formulations containing little or no natural, which are extremely palatable, highly energy dense, and low in essential nutrients.

For children, food consumption is not simply due to personal preference, but rather influenced by the food environment, which encompasses the home, school and peer environment. An additional influence for family consumer behaviour and a child’s diet is food marketing.

Figures regarding food advertising in the UK alone suggest that 46% of food and drink advertising goes on confectionary, sweet and savoury snacks and soft drinks. However, in comparison only 2.5% goes toward the advertisement of fruit and vegetables. Almost two thirds of high fat and high sugar food product adverts, aired between 6pm and 9pm, fall within categories that Public Health England has identified as being the highest contributors to excess sugar or calories in people’s diets. Research has demonstrated that children in the United Kingdom see 3.5 food and beverage adverts per hour (1.9 for HFSS products specifically), and fast food is the most frequently advertised product (representing 15.4% of all foods advertised). Additionally, children between the ages of 9-11 who regularly viewed social media influencers consume unhealthy snacks had significantly increased overall intake of calories , and significantly increased intake of unhealthy snacks specifically, compared with children who viewed influencers with nonfood products.

According to the WHO Commission on Ending Childhood Obesity (the ECHO Commission), food marketing is directly linked to growing overweight and obesity and related harms to children’s health and nutrition:

Moreover, these health inequalities manifest more strongly depending, geographically, on the affluence of the part of the UK in which children reside.  According to Public Health Englad, England’s poorest areas are fast-food hotspots, with five times more outlets than in the most affluent areas. Children from poorer areas are disproportionately exposed to takeaways selling fried chicken, burgers and pizzas, and poorer areas also have more visible advertising for unhealthy foods than wealthier areas.

Fussy eating is common in young children, and can increase risk of vitamin and mineral deficiency due to limited nutrient intake via diet. In many countries, the school food environment promotes the consumption of unhealthy foods and overweight and obesity. Ultra-processed foods and sugar- sweetened beverages are often sold to children in school cafeterias or at convenience stores and street stalls outside schools.

Children are highly vulnerable to sleep disruption in early childhood, perhaps owing to the complexity of the sleep process and the children’s reliance on caregivers for achieving and maintaining sleep. Inconsistent sleep has been described as a stressor. When sleep is irregular, it is difficult to overcome accumulated lost sleep, often referred to as “sleep debt”. Research has  likened the impact of high sleep variability to the extreme fatigue and cognitive impairment associated with jet lag. Correlations between sleep problems and aggression in children have been observed to be significant.

Higher concentrations of  Omega 3 fatty acids in the brain have been demonstrated to improve learning and memory, and have a beneficial effect on modulating mood and reducing risk of developing psychological disorders. Studies have also shown that omega 3 fatty acids are essential for good gut health, and that individuals who consumed higher amounts of oily fish had a greater abundance of good bacteria. This is essential for brain health, as many of these good bacteria are involved in synthesising neurotransmitters involved in mood regulation, such as GABA, serotonin and dopamine. Additionally, not consuming enough omega 3 has been suggested to impact on melatonin, a hormone which is essential for sleep.

The best way to increase omega 3 is through consuming oily fish such as salmon, mackerel and sardines. Often children are not too keen on oily fish due to the texture and the smell. Incorporating oily fish into dishes with rich, flavourful sauces such a curries, Italian tomato bases sauces and tagines, for example, can be a way of hiding any strong smells and tastes. Making homemade salmon fishcakes / fishfingers and serving with homemade sweet potato fries is also another practical way of introducing oily fish to children. However, there is also the option to supplement as well, and many companies offer kid friendly omega 3 supplements, as well as vegan alternatives, which are appealing in appearance and mask the fish taste.

A study including 66 children with ADHD, divided into either an intervention group where they received Vitamin D and Magnesium, or a control group, for 8 weeks, indicated these nutrients may play a key role in mental wellbeing and cognitive function in children. Results indicated that children in the vitamin D and magnesium groups demonstrated a significant reduction in emotional, behavioural and social difficulties, compared with controls.

A study which looked at Magnesium levels in a group of 50 children (25 with ADHD and 25 without the diagnosis) found that Magnesium deficiency was more common in children with ADHD (72%) of ADHD group). Moreover, the study found that children supplemented with Magnesium were observed to demonstrated improved cognitive function. In a further study, Magnesium deficiency was found to be highly prevalent in children with ADHD, and highly correlated with hyperactivity and impulsivity and difficulties with attention.

Results indicated that children with ADHD had lower serum concentration of 25 (OH) Vitamin D compared with children without ADHD (95% CI). Children divided into either an intervention group (1000IU of Vitamin D3) or a control group (placebo) for three months. Results indicated a significant improvement in the intervention group for ADHD symptomology, in terms of a significant reduction in impulsivity, and reductions in inattention observed .

Although these findings are promising, the levels of Vitamin D used in some of the studies are above the current upper safe limits recommended in the UK (4,000 IU). Further research is required which explores the impact of lower levels of Vitamin D (<4,000 IU) on cognitive function and wellbeing in children.

Zinc deficiency has been suggested to be highly prevalent in children with ADHD, and correlated with hyperactivity, inattention and impulsive behaviour. Further study has suggested that children with ADHD may be more vulnerable to Zinc deficiency. More research is required into this area to explore further, as an additional possibility is that children who are Zinc deficient could be more likely to present with ADHD. Good sources of zinc include whole grains, milk, oysters, red meat, and poultry, chickpeas and nuts.

Increase Consumption of Vegetables and Fruit

Research indicated that children who engaged in children were observed to exhibit better focus, cognitive flexibility and memory. 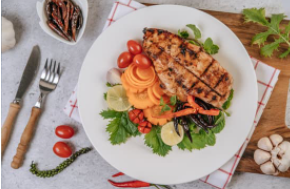 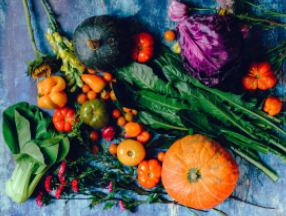 If you would like more brain-healthy school meals, then our catering accreditation is just what your school needs. Click here for more details. 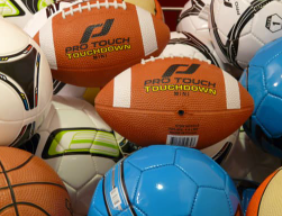