Nutrition for Older Adults | Food for the Brain Foundation

Older adults (defined here as between the ages of 50-70 years old) are at increased risk of cognitive decline compared to their younger counterparts. Key risk factors and pertinent nutritional strategies will be discussed here.

Cardiovascular disease has been correlated with an increased incidence of cognitive decline and dementia, including Alzheimer’s disease. This intrinsic link between the heart and brain is further evidenced by how cardiac dysfunction has been identified as a predictor for cerebrovascular events. Coronary heart disease specifically has been associated with lower scores on cognitive function tests. Like many other body systems, there is a bidirectional relationship between the cardiovascular and nervous systems, referred to as the “heart-brain axis” or HBA. The heart possesses its own intrinsic cardiac nervous system, populated by 40,000 neurons, sometimes referred to as the “heart brain”. This heart brain has the capacity to send signals to regions of the brain, such as the medulla, hypothalamus, thalamus, and amygdala and the cerebral cortex.

Long-term excessive alcohol intake can increase blood pressure, body weight, and weaken cardiac muscle. Based on this, it is recommended that individuals should consume no more than 11 units per week in order to best promote brain health and overall wellbeing at this age.

Free sugars, which include all simple sugars, honeys and syrups, are also recommended to be reduced to make up only 5% of total daily energy.

Focusing on key aspects of diet and nutrition during this life-stage can be extremely helpful in promoting health and wellbeing. Some nutrients that are especially beneficial for brain health at this stage include omega-3 fatty acids, B vitamins, and antioxidants like vitamin E. Based on risk factors above, other key areas to monitor are sugar and alcohol consumption, as both items are independent risk factors for cognitive decline.

Omega 3 fatty acids are important for both heart and brain health due to their anti-inflammatory properties. The Bacteroidetes:Firmicutes ratio, which is a marker for gut health and integrity, is an important consideration too. Bacteria from the Bacteroidetes family are able to synthesise vitamins that are vital for brain and heart health, including: B1, B2, B3, folate, B5, B6, B12 and Biotin, many of which are important for reducing homocysteine – a risk factor for both cardiovascular and neurodegenerative diseases. When the Firmicutes:Bacteroidetes ratio is higher in favour of bacteria from the Firmicutes family, there is lower synthesis of these vitamins. Further, imbalances in the Bacteroidetes:Firmicutes ratio may also increase deposition of Aβ plaques, which is involved in Alzheimer’s development. Additionally, individuals with imbalances in the Firmicutes:Bacteroidetes ratio have also been demonstrated to have increased risk of heart failure. Omega-3s are long-chain polyunsaturated fatty acids and have an established protectant role against many chronic diseases, in addition to cognitive decline. Eicosapentaenoic acid (EPA) and docosahexaenoic acid (DHA) are omega-3s that are specifically implicated in brain and central nervous function, as DHA is preferentially absorbed by cell membranes located in the brain. Foods consisting of fatty fish (ex. salmon, mackerel, tuna), flax seed oil and walnuts are rich sources of omega-3 in the diet. However, because omega-3 fatty acids are scarcely distributed in food, it may also be beneficial to incorporate omega-3 fish oil supplements into your diet. The B vitamins folate, B6, and B12 are of vital importance in preventing the accumulation of homocysteine, which is associated with an increased incidence of CVD events and cognitive decline . B vitamins can be found in legumes, dark leafy green vegetables, fish, liver, bananas and eggs . However, this ratio can be addressed through increasing omega 3 fatty acid consumption. This can be done through increasing consumption of oily fish, and taking either a fish oil or vegan omega 3 (EPA/DHA) supplement.

Polyphenols are naturally occurring compounds in plants, which have been shown to have antioxidant and anti-inflammatory properties. Polyphenols can be enjoyed by increasing consumption of a wide array of colourful fruits and vegetables. Government guidelines suggest 5 portions per day. However, recent research has indicated that individuals with the lowest risk of cardiovascular disease development consumed 10 x 80g portions per day.

Try to include plenty of colourful fruit and vegetables such as blueberries, aubergine, raspberries, red grapes, peppers, red onions, spinach and carrots to ensure you are consuming a wide range of polyphenols. Raw cacao, dark chocolate (85% and above) and green tea, and spices such as turmeric and ginger are also excellent ways of increasing polyphenols.

Another important nutrient is vitamin E, which is a potent antioxidant that imparts cognitive protective effects through the reduction of oxidative stress. During normal metabolic processes involving energy production, small amounts of highly reactive oxygen escape to form highly reactive and damaging free radicals, called reactive oxygen species (ROS). These ROS can cause damage to neurons and brain tissue, causing subsequent oxidative injury, and is believed to play a major role in the development of Alzheimer’s Disease and dementia. Antioxidants, like vitamin E function to neutralise these free radicals and subsequently reduce oxidative stress. Excellent sources of vitamin E include nuts, seeds and oils. Almonds and sunflower seeds are particularly high in vitamin E.

An area of emerging research is manganese levels and menopause. A recent study  indicated that alterations in blood levels of manganese occur before and during menopause. Manganese is a micronutrient required for insulin secretion and blood glucose balance, as well as modulating the body’s endogenous antioxidant systems and thereby reducing oxidative stress, as well as the homeostasis of neurotransmitters such as dopamine, glutamate, and GABA. Further research is required to explore the full mechanisms through which manganese is involved in the menopause, and how altered levels may impact on female brain health.

Notably, many women opt during this stage of life to take hormone replacement therapies (HRT). A recent study published in the British Medical Journal has demonstrated that some types of HRT may increase risk of developing Alzheimer’s disease when used long term. Individuals should consult their doctor before beginning HRT, particularly raising any concerns if they have a family history of Alzheimer’s disease, or exhibiting symptoms of cognitive decline.

Novel nutritional and psychological approaches are constantly being explored within this area, in pursuit of optimising brain health during the ageing process. Use of a Mediterranean diet supported by in-depth evidence demonstrating its benefits on cognitive health. This diet includes high intake of mono- and polyunsaturated fatty acids from fish and olive oil, and antioxidant content from the consumption of fruits, vegetables, and moderate red wine intake. Newer research has also considered use of the MIND diet. This is a combination of Mediterranean and DASH diets, specifically catered to address neurological decline in ageing populations. The MIND diet recommends daily consumption of whole grains, fruits, vegetables, nuts and berries, and weekly consumption of beans, poultry and fish. Limited consumption of processed foods, meat, dairy and added sugars are suggested. Based on findings from a recent systematic review, researchers concluded that MIND diet is superior to numerous other plant-rich diets for improving cognitive function and may possibly be associated with improved brain health in older adults. 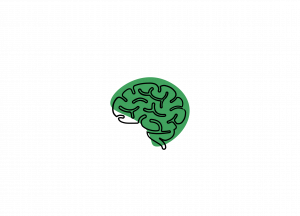 Signs of cognitive decline may begin to become more apparent during the ages of 50-70. Test your cognitive function test today using our validated test. 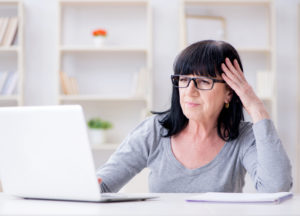 Menopause is a normal part of a woman’s natural ageing process. It normally occurs between the ages of 45-55. However, premature menopause affects 1 in 100 women, and may occur due to…