Nature is a health essential - Food for the Brain

Nature is a health essential

By 2040 two thirds of the world’s population will be urbanised. Perhaps you’re one of them. We seek natural environments, by the sea and in the mountains, for our holidays. Somehow, being in nature rejuvenates us. Why?

There are a few possible explanations:

Negative ions have long been known to have numerous health benefits. They are present by the ocean, the sea, in mountainous areas, and less present with certain wind patterns, such as Mistrals in the south of France. There is so much background light in cities it is hard to appreciate total darkness, and really see the stars at night. There is something so wonderful to be surrounded by a canopy of stars and really see the Milky Way. The ebb and flow of the moon becomes something you really notice.

As we generate energy and discharge our ‘exhaust fumes’ as oxidants, the by-product of making mitochondrial ATP, the unit of energy that powers all cells, we become more positively charged. The Accumulating evidence shows that we actually need ‘earthing’.

If you think about it, all electrical devices are ‘earthed’, which allows an exchange of electrical charge in the form of charged particles, known as negative ions or electrons, with the Earth. We need this connection too. Every day the Earth receives something like 50,000 lightning strikes and consequently has a supply of ‘free’ electrons that will change the electrical charge of our body if we make contact with it for long enough. Our ancestors would have been ‘grounded’ naturally all day long, because they would have either walked barefoot or worn leather shoes, and both allow the exchange of charged particles. Today we wear shoes with rubber or plastic soles, neither of which allow this exchange to happen.

The Earth is a rich source of negative ions, while we, especially in disease states, have more positive ions. The exchange of ions that takes place when we are connected to the Earth has a direct effect on health so it’s good to walk barefoot, lie down on the grass, or sit on a rock, whenever you can. The best of all is to swim in the sea, a lake or a river.

Synchronising with the Earth

The Earth also has a natural frequency, that is, an electromagnetic vibration, to which our body naturally synchronizes if we spend enough time earthed in a natural environment. In a deeply relaxed, or meditative state, our body literally vibrates at about 8 cycles per second (known as Hertz, or Hz). At the same time, our brainwaves shift from their everyday beta range (13 to 40Hz) into the same 8Hz deep alpha range.

After an hour or so in such a wilderness we become in sync with the Earth.

Make sure you spend some time in nature every week, be it a walk or exercise in the park, along a river or an outing into your nearest, wildest nature. Also, for holidays and weekend breaks get some time in nature perhaps by the sea or in the mountains. 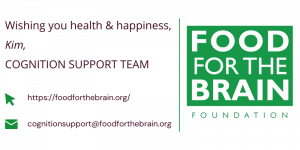