Why B vitamins and Omega-3 work together

In this domain we are focussing on B vitamins but they are no more or less important than other critical brain-building nutrients such as the omega-3 fats, and especially one kind of omega 3 fat called DHA.

Have a look at the film ‘How to Keep Building Brain Cells’ https://foodforthebrain.org/how-to-keep-building-brain-cells-at-any-age/ and you’ll see how you literally need to bind together omega-3 DHA with phospholipids by methylation, which depends on B vitamins. Even the neurotransmitters that do the ‘talking’ in your brain need methylation, hence B vitamins, to be made. 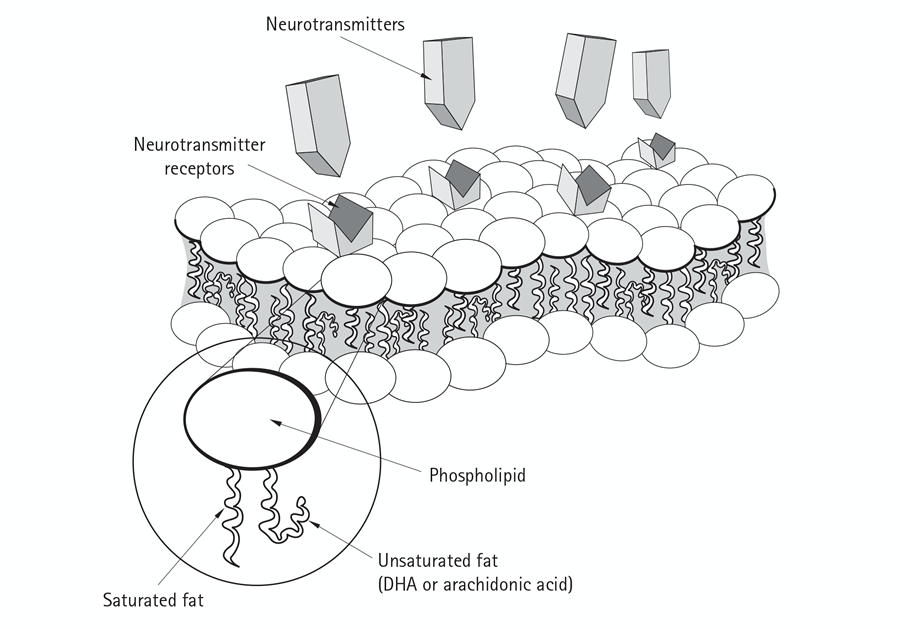 A clear illustration of this is the research of Professor David Smith and colleagues at the University of Oxford. They gave high dose B vitamins (B12, B6, folic acid) to those with a high homocysteine level and reported 53% less shrinkage over 24 months in and virtually no further memory loss.

But when they reanalysed the participants’ original omega-3 level in their blood, then put them into three groups – those with low, medium and high omega-3 at the start of the study, those with low omega-3 status had no effect from the B vitamins, while those in the high omega-3 group had 73% less brain shrinkage. In fact, they had no more brain shrinkage than is found in people of a similar age with no decline at all in cognitive function. What’s more, in stark contrast, the difference between the placebo group (28%) and the B vitamin group (58%) reverting to zero on the Clinical Dementia Rating was 30%.

In other words, homocysteine-lowering B vitamins don’t work without omega-3s, and the reverse is also true. You need both healthy methylation and sufficient omega-3s and phospholipids found in fish and eggs, which we’ll go into in the BRAIN FAT domain, to build your brain.

The simplest way to achieve this is to eat fish three times a week and supplement omega-3 fish oils. If you’re vegan, you can get supplements of vegan omega-3 DHA with vegan phospholipids.